A community movement in the Black River area.

What is a collective? (“kolektif” in Mauritian Creole)

A collective is a network of associations, institutions and other members of society involved at community level and working in partnership. The following definition describes how Kolektif Rivier Nwar (KRN) understands partnership and networking:

A network can be called a network when the relationships between those in the network are voluntarily entered into, the autonomy of participants remains intact and there are mutual or joint activities. (Church et al (2002:12))

KRN was registered in 2014 but was initially established as Plateforme de la Société Civile de Rivière-Noire in 2012. It was founded under the UNDP Country   Programme 2013-2016 for the management and monitoring of projects & critical and urgent social actions.

KRN is a registered non-governmental association whose mission is to unite local NGOs and other social actors to optimise their resources so as to improve the quality of life of the inhabitants of Grande and Petite Rivière Noire.

KRN ensures that its members work in partnership toward a common vision: the social inclusion and sustainable community development for the people of the Rivière-Noire by equipping them with the ability to exploit their highest potential.

In its work and the implementation of projects, KRN advocates the following guiding values: 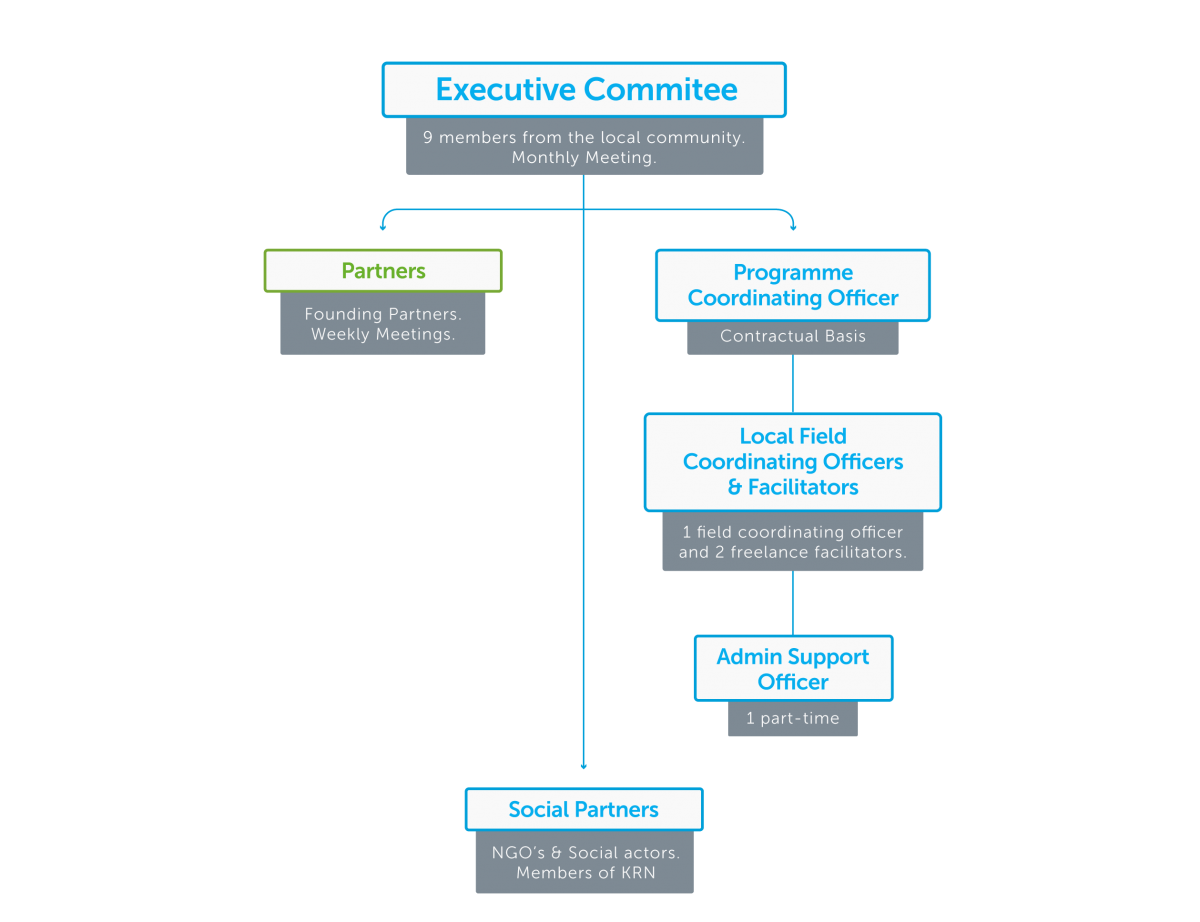